Invictus Energy has been recognised for the impact of its CSR program and announced as the winner of the Responsible Investment & Social Impact Award 2022 for Mashonaland Central Province by the CSR Network Zimbabwe.

Invictus Energy’s CSR program has been developed following extensive submissions received from its Environmental Impact Assessment process, undertaken at its 80 per cent owned and operated Cabora Bassa project in Zimbabwe.

The CSR program has also incorporated feedback to the Company’s Community Liaison Officers (CLOs) from ongoing consultations with the local community during the recently completed CB21 Seismic Survey program.

The CSR program has focused on the provision of water to communities and clinics around the Muzarabani and Mbire Districts. Water, besides being the most sort after community request, is a key enabler to other CSR initiatives the Company wishes to initiate in the future and is key to life in remote communities.

The programs completed include drilling of water boreholes, installation of solar panels and pumps and above ground storage tanks to provide year-round and continuous access to water for clinics and communities in the Mbire and Muzarabani districts.

“We are pleased to have our CSR program recognised for the impact it is having in local communities and success at our upcoming Mukuyu-1 well will enable us to expand our program further,” says Invictus Managing Director Scott Macmillan.

“The Company is also grateful for the reception and support we have received from the local community for the project to date and for the imminent drilling program.”

Invictus is preparing to drill the Mukuyu-1 prospect, which has been independently assessed to hold an estimated 20 trillion cubic feet and 845 million barrels of conventional gas condensate, or 4.3 billion barrels of oil equivalent (gross mean unrisked basis). 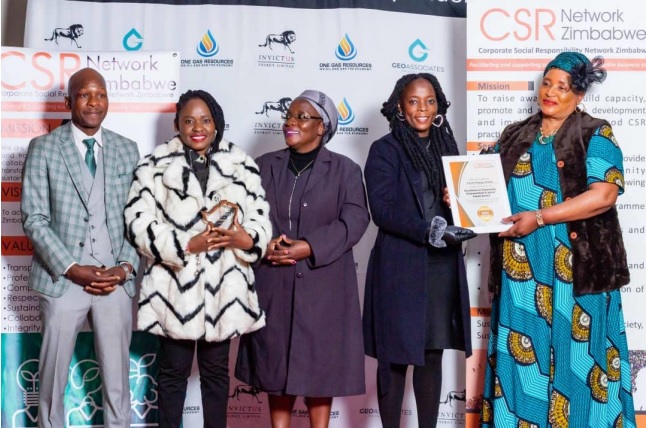